Introduction
It is often the case that when the ALD R&D group generates a process for a particular material, we generally aim for certain characteristics – a reasonable working temperature range for the process, a constant growth per cycle, good film uniformity, optical or electrical parameters (such as refractive index, or resistivity) that are in-line with expected values, proper stoichiometry, and low levels of residual contamination. Once these goals are satisfied, most development groups move on. However, every once in a while, going off-piste produces some remarkable results.

Ultra-Wide Band Gap Materials
Ultra-Wide band gap (UWBG) materials such as AlGaN/AlN, Ga2O3, and BN have generated a large degree of interest within the power semiconductor industry for their potential to extend the operating voltages of the devices, and possible decrease the cost of producing power devices. In particular the study of Ga2O3 has been motivated by not only its large band gap (4.6-4.9eV) compared to GaN (3.4eV), and SiC (3.3eV), leading to a high breakdown field 8-9MV/cm, but also due to the wide range of tunable resistivity, good control of n-type conduction, and a high Baliga Figure of Merit (BFOM).
Aside from these characteristics, an important feature of Ga2O3 is that it offers the potential of being able to be scaled, and to be mass produced economically.[1]

Table 1. Properties of Ga2O3 in comparison to other UWBG materials and Figures of Merit (FOM) comparing them to Si.[2]

Polymorphs of Ga2O3
Within the Gallium oxide material set, there exist several polymorphs – the most common and most studied one is β-Ga2O3. However Ga2O3 can also exist as α-Ga2O3 , ε-Ga2O3, κ-Ga2O3, and as γ-Ga2O3. These phases are structurally different from the β phase, and exhibit varied electronic properties [3,4]. Typically, the polymorphs can be created through high temperature transitions of the various phases to the stable β-Ga2O3 phase.

Figure 1. A flow-chart of the interconversions of the polymorphs of Ga2O3 as described by Roy et al. [5,3]

However, in a recent paper [6], Dr. Virginia Wheeler, and her colleagues at the Naval Research Laboratory have shown that crystalline growth of Ga2O3 can be achieved at low temperatures via Plasma Enhanced Atomic Layer Deposition (PEALD), and by deeply exploring the plasma operation space, they have shown it is also possible to grow the other phases of Ga2O3 through simple changes in the process.

PEALD Growth of Ga2O3
Dr. Wheeler and her colleagues were interested in growing Ga2O3 , and they were interested in exploring how the growth of the material is affected by varying a range of plasma parameters. In their experiment they varied the following:

For her work, Dr. Wheeler and her colleagues employed a Gen 2 Veeco Fiji PEALD system with a high temperature option. The chemistries used, the saturated growth per cycle, as well as the pulse profiles are shown below:

Figure 2. Growth per cycle for the plasma process with and without turbo pumping and growth rate as a function of temperature. Pulse profiles are shown for both high pressure and low pressure regimes.

Here’s what Dr. Wheeler and her colleagues discovered:
For a fixed process temperature at 350C, and chamber pressure in the 10s of millitorr –
The effect of plasma gas chemistry, and gas flow was quite interesting. 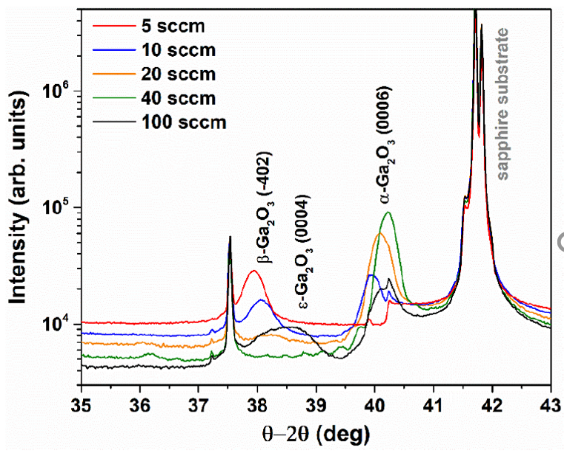 Figure 3. XRD measurements showing the evolution of the Ga2O3 phases as a function of plasma gas flow.[6]

The Effects of Pressure and Temperature
For a fixed temperature of 350C, and a flow of 40sccm of pure O2 –
When Dr. Wheeler and her colleagues changed the pressure in the chamber during the plasma step they discovered:
For higher pressures (70-100mT), they found only mixed phase β, ε growth of Ga2O3
For lower pressures (7-12mT) they observed only α growth

Using a flow of 40sccm of pure O2, and a chamber pressure of 10mT, the temperature was varied. The results were as follows: 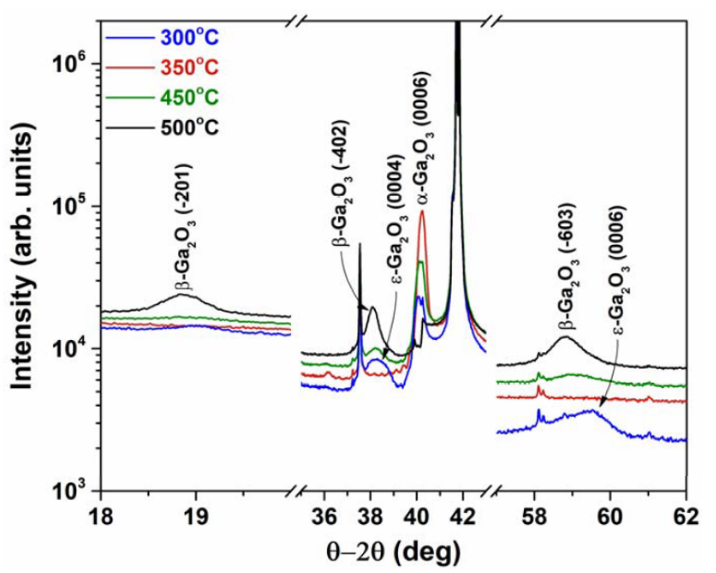 Figure 4. XRD data showing the evolution of the phases of Ga2O3 with growth temperature [6]

Conclusions
Dr. Wheeler’s work shows the kind of novel results can be produced by doing a little bit of exploration utilizing the plasma system that is part of the Fiji PEALD tool. She was able to grow many of the phases of Gallium oxide at low temperatures (compared to standard growth for Ga2O3) and could controllably tune the outcome of the results through easy process changes.

By doing some simple yet elegant experiments she was able to take advantage of the versatility of the system, and open-up some new pathways in the growth and study of the polymorphs of Ga2O3, which may ultimately lead to breakthroughs in the power semiconductor industry